"I wanted to write a story about an adopted character in a loving adoptive home, where they could flourish and explore the mystery of their own identity"

Taunton-based author James Haddell reveals his writing process, the inspiration behind the Truth and Treasure series and his favourite author snacks. 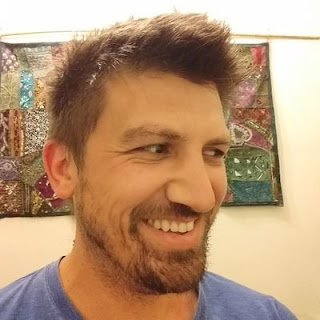 Had you always wanted to write a book?

I loved writing stories as a child but stopped as a teenager. I rediscovered the joy of writing as an adult, after becoming a teacher and parent, and falling in love with the world of children’s books all over again.

Where did the inspiration for the Truth and Treasure series come from?

I’ve always loved adventure stories – especially treasure-hunting ones – and I’ve always found history a tremendous catalyst for imagination. But I think the final inspiration that tied all the other ideas together was becoming a parent through adoption.

I wanted to write a story about an adopted character in a loving adoptive home, where they could flourish and explore the mystery of their own identity, rather than the more typical story you find in children’s books of orphans struggling on their own and only finding a loving home once they reach the happy ending.

I wanted to write a book that reflected the emotional journey of adopted children a bit better (while still writing a treasure-hunting adventure story with lots of peril!)

Can you tell us what it’s about?

Left on the doorstep of a children’s home as a baby, Tia’s only clues to her history are the strange items that were left with her: a luggage label with her name on, twelve silver coins marked with circles and crosses, and a silver pendant inscribed with a mysterious symbol.

Her search for answers suddenly ignites in book one, The Lost Child’s Quest, with the arrival of a sinister stranger and a move to a new home, where unravelling mysteries of the past is part of everyday life. However, it soon becomes apparent that the pursuit of truth turns up more questions than answers as Tia finds herself on the trail of the Thirteen Treasures of Britain… before being tasked with an even more mysterious quest.

It’s a search for personal truth entwined with British history, myth and legend. Set in a seaside community of historians and archaeologists, it features a school in an ancient castle and a host of colourful characters.

What drives the main character?

Mostly a desire to understand who she is and where she came from. But as the series goes on, she will increasingly be driven by love for her friends and family, as well as a sense of duty to fulfil the mysterious task given to her in The Lost Child’s Quest.

Which age group is it aimed at, and why should people of this age (or their parents/guardians) buy it?

It is aimed primarily at children aged eight to twelve, especially those with a love of history, myth and legend (although loads of adults have enjoyed reading it, too!).

When can we expect the next book in the series?

I’m hoping to write one a year, so you can expect to see one instalment in the Tales of Truth and Treasure series each year (probably towards the end of the year, as deadline pressure brings out the best in me!).

Can you briefly describe your writing process?

I like to think of it as sculpting out of stone or carving out of wood. I usually start off writing a very rough draft that is just about getting the idea into words before going back over it to chisel out the finer details, hack off bits that just don’t look right and smooth over the rough edges.

Before you even start sculpting you need an idea of what you want to create, and that requires research and planning. But as you carve you see that the material you’re working with almost has a mind of its own and wants to do certain things (and not do certain other things). The same applies to the characters and scenarios you create when you write, so you constantly have to refer back and adapt your plans as you go along.

I typically go through this process a few chapters at a time, but I might also go over one particular scene several times before moving on. Once I have a full draft I have to go back over the whole thing to refine it before inviting others to come and offer their opinions. This often leads to more redrafting before it’s finally ready for public display.

Ginger biscuits with a cup of tea to dunk them in.

How do you spend your time when you’re not writing?

I like to think I mostly spend it playing with my kids, teaching part-time, and finding my own adventures wherever I can…. but I probably spend quite a lot of time daydreaming, too.

What advice would you give other aspiring authors?

If you enjoy the writing process it is time well spent, but make sure what you write is a joy to read as well. These are often not quite the same thing. And make sure you read – lots! Time spent reading is not just time you could have spent writing. Reading will make you a better writer.

The Lost Child's Quest and The Forgotten Crown are available via the Emira Press website now. Secrets Set in Stone is coming soon! 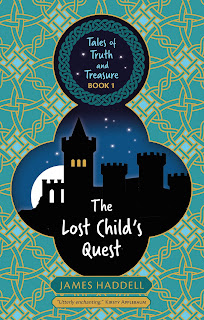 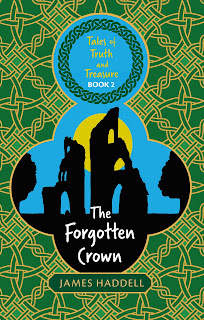 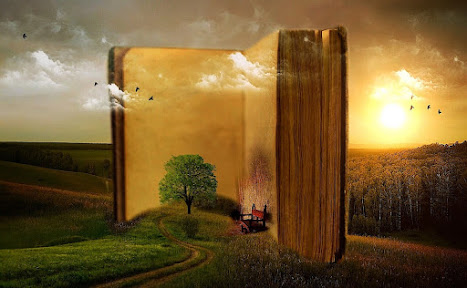